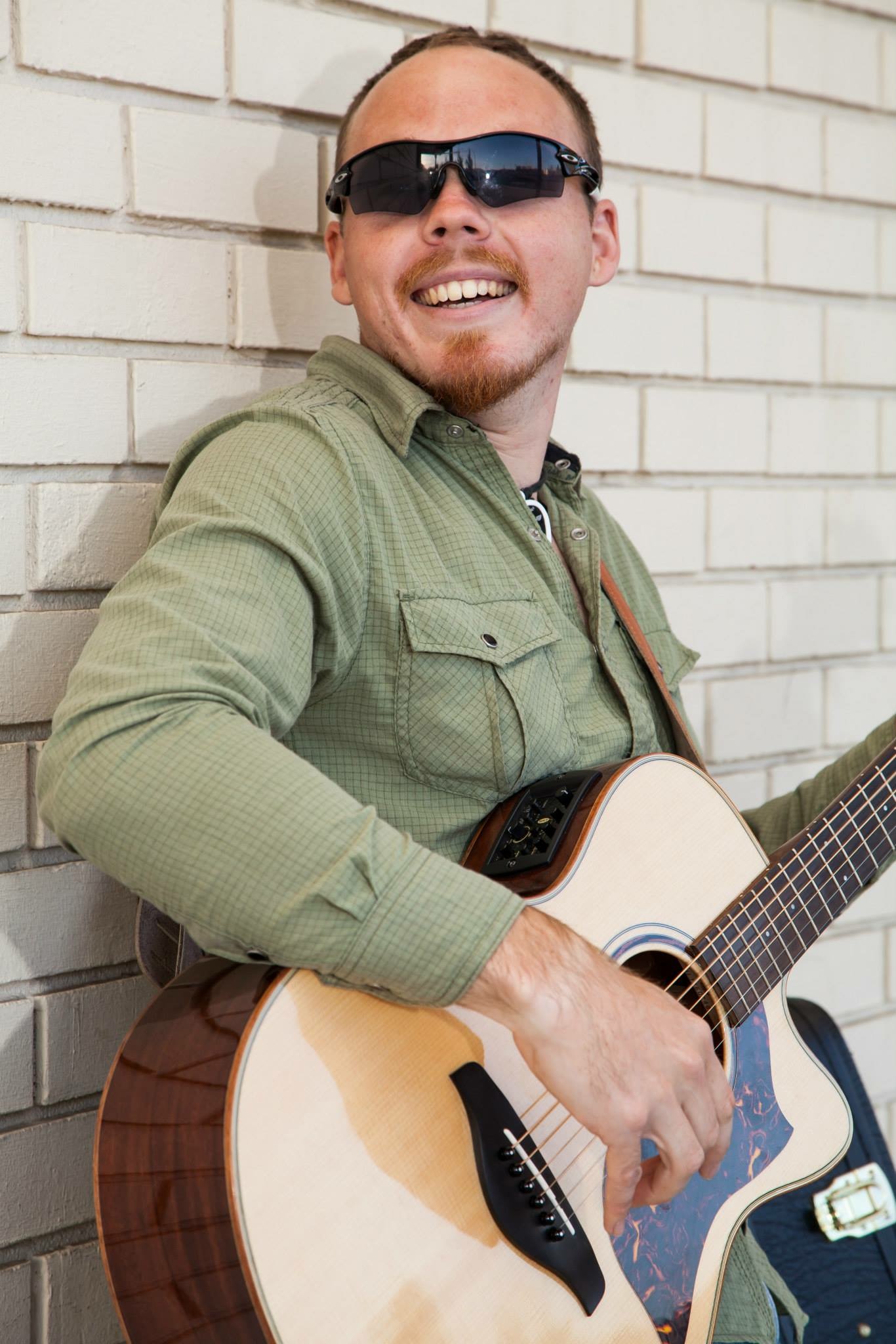 Hans Anderson is a singer songwriter/cover artist/performing musician born in Ames Iowa currently based out of the small farm town of Penryn CA. Hans started his music career street performing, traveling by bicycle after going through therapy for a traumatic brain injury in 2010. “I discovered how therapeutic music was for myself and wanted to share this with others.” (Hans Anderson) Through countless hours of practice and singing in the streets he began to find his voice and decided to pursue this passion as a vehicle to promote a positive message. After the near death experience he realized he was alive for a reason, and saw that when playing music, people were uplifted and encouraged. “As one of my favorite artists John Butler says “art changes people, people change the world”(John Butler) “THAT is what I wanted to do!”(Hans Anderson)

Fast forward to today, Hans brings his positive vibez all over California, organically branching out and continually growing. “Hans provides an incredibly entertaining and original music lineup and is sure to be loved by everyone” (Clancy McCrory-Loomis Basin Brewing co.). It’s no surprise that his genuine passion for music and commitment to quality has led him to be a crowd favorite everywhere he goes. From private parties and city functions, to performing for the U.S. Air Force troops, Hans is both an experienced and professional performer. “I highly recommend Hans for any event you may be running.” (Jim Crosthwaite-City of Rocklin) “He is as genuine as his music and I look forward to having him back to play for our troops!” (Debi Best-Operational Manager Beale AFB).

Building his skills and business from the ground up he is proud to have recently recorded his first professionally produced original CD “Let Go” without a record label, and with his own funds. Fans can expect an eclectic variety from his diverse style that is rooted in reggae as well as 90’s alternative, R&B, and hip hop.

Moving forward the skies are looking sunny for Hans Anderson and his live music business “Organic Vibez Entertainment”. Keep your eyes and ears out for him as he expands his reach and continues to write and uplift others with his feel good music.